I've been doing this blog now since 2007.  In the beginning I received quite a few comments but as time passed the number of comments dwindled.  Perhaps readers grew weary of me, or of my work.  But there may have been other reasons (I hope so).  Maybe the site just wasn't jazzy enough.  I grew concerned and around the first of this year my wife Ruth and my good friend Britt Kaufmann helped me revamp the whole website and, I believe, made it much more inviting and interesting.  Since then, however, I've not received a single comment on any of my blogs.  So I'm concerned.  Looking around for reasons other than my own possible inanity, I noticed that, at the end of each blog where there used to be a link that said "Post a Comment," it now says only only "No Comments."  That looks like a disincentive to me.  It doesn't really encourage the reader to leave a remark.  But there is a solution.  I've practiced and I know that if a reader clicks on that "No Comments" link, he or she will be taken to a "Leave a Comment" space where one can actually say what one thinks of that particular blog, of me, of my work, or anything one wishes to express oneself about.  So please, if you visit this site, or read this blog, and have a reaction, I encourage you to let me know about it by leaving a comment--even if it's a negative one.

To encourage you, I'm adding a couple more of my Colorado photographs, as a reminder that my new nonfiction book Season of Terror, will be available next July. (Click on the photographs to magnify them.) 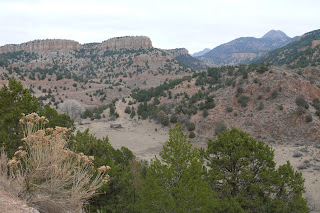 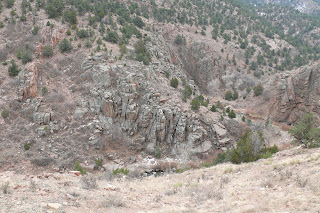 Posted by charlesfprice.blogspot.com at 10:21 AM